3 K 6 months ago 1 hour ago
First author
Buckingham Palace (UK: /ˈbʌkɪŋəm/) is the London residence and administrative headquarters of the monarch of the United Kingdom. 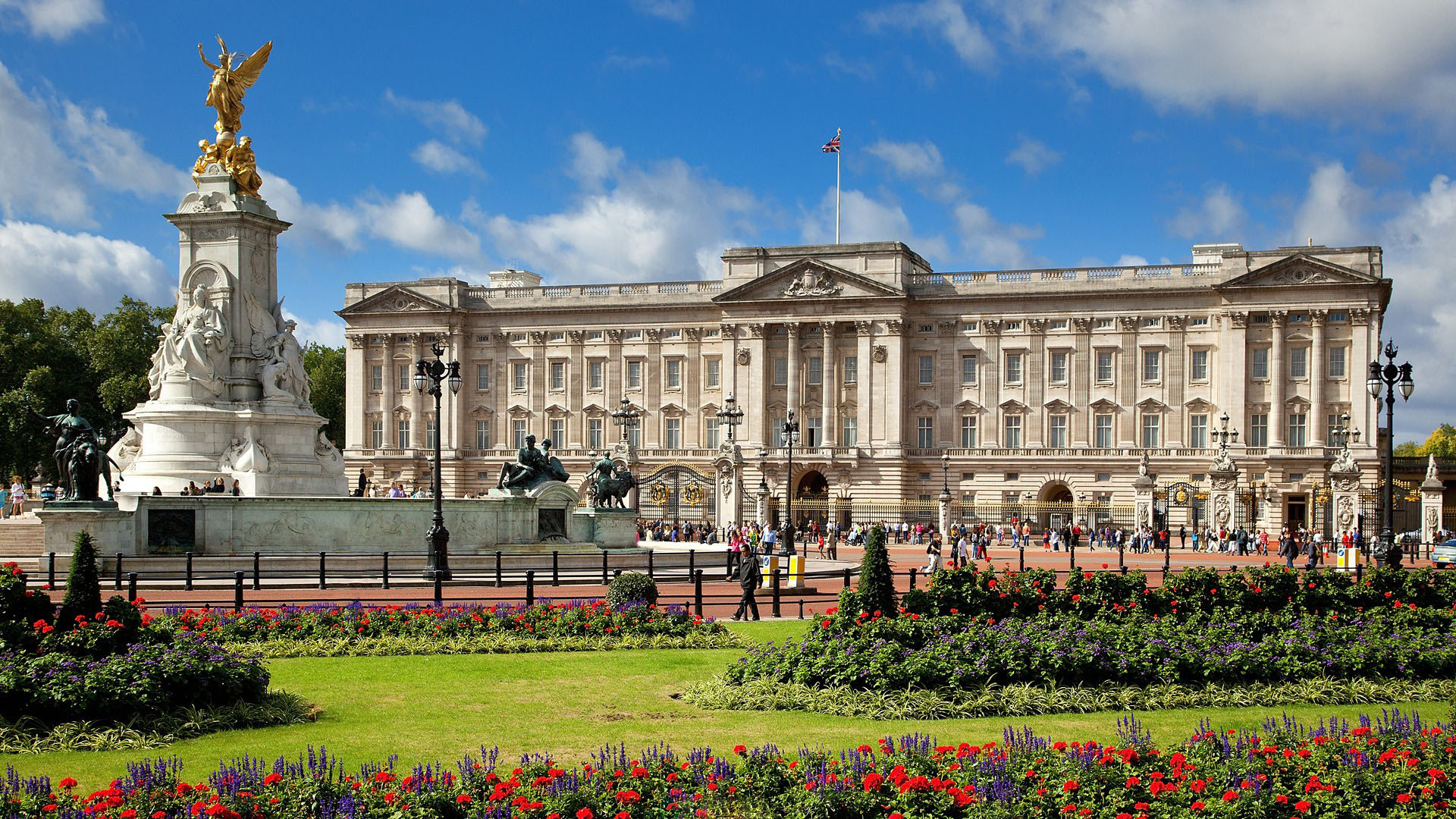 Buckingham Palace (UK: /ˈbʌkɪŋəm/)[1] is the London residence and administrative headquarters of the monarch of the United Kingdom.[a][2] Located in the City of Westminster, the palace is often at the centre of state occasions and royal hospitality. It has been a focal point for the British people at times of national rejoicing and mourning.

Originally known as Buckingham House, the building at the core of today's palace was a large townhouse built for the Duke of Buckingham in 1703 on a site that had been in private ownership for at least 150 years. It was acquired by King George III in 1761[3] as a private residence for Queen Charlotte and became known as The Queen's House. During the 19th century it was enlarged, principally by architects John Nash and Edward Blore, who constructed three wings around a central courtyard. Buckingham Palace became the London residence of the British monarch on the accession of Queen Victoria in 1837.

The last major structural additions were made in the late 19th and early 20th centuries, including the East Front, which contains the well-known balcony on which the British royal family traditionally congregates to greet crowds. A German bomb destroyed the palace chapel during the Second World War; the Queen's Gallery was built on the site and opened to the public in 1962 to exhibit works of art from the Royal Collection.

The original early-19th-century interior designs, many of which survive, include widespread use of brightly coloured scagliola and blue and pink lapis, on the advice of Sir Charles Long. King Edward VII oversaw a partial redecoration in a Belle Époque cream and gold colour scheme. Many smaller reception rooms are furnished in the Chinese regency style with furniture and fittings brought from the Royal Pavilion at Brighton and from Carlton House. The palace has 775 rooms, and the garden is the largest private garden in London. The state rooms, used for official and state entertaining, are open to the public each year for most of August and September and on some days in winter and spring. 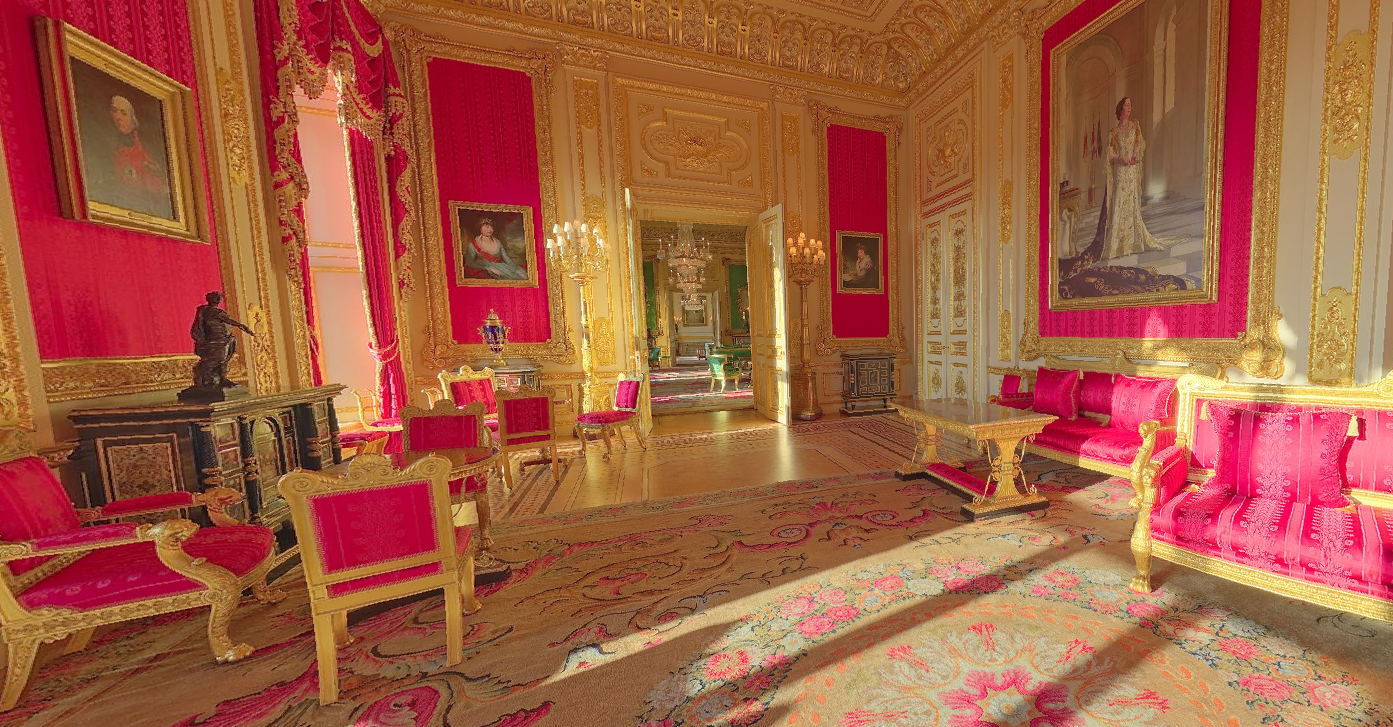 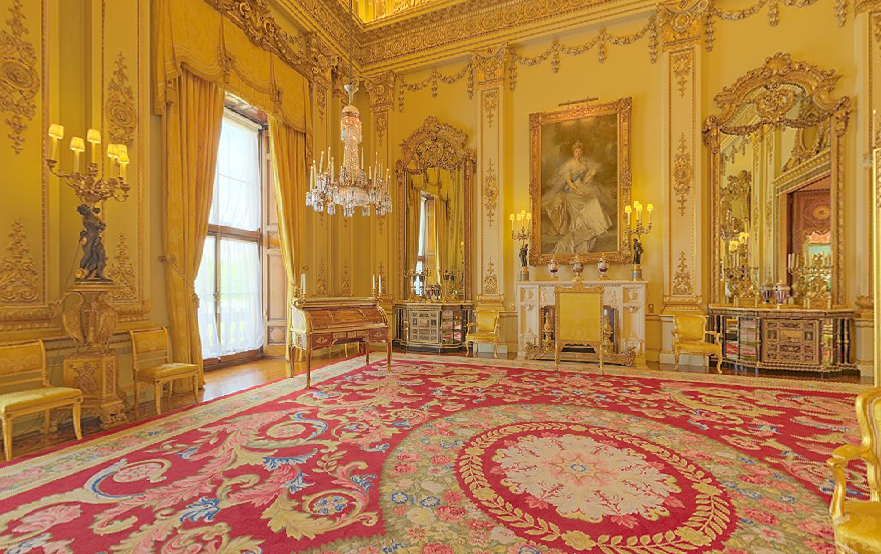 6 months ago
This image, video or audio may be copyrighted. It is used for educational purposes only. 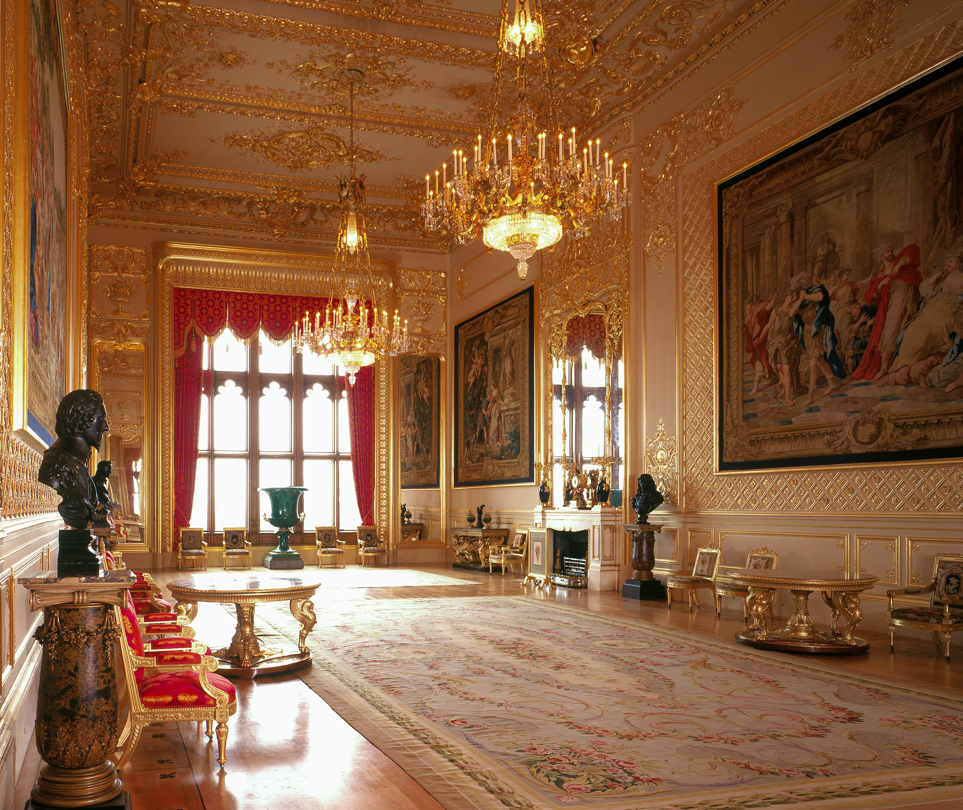 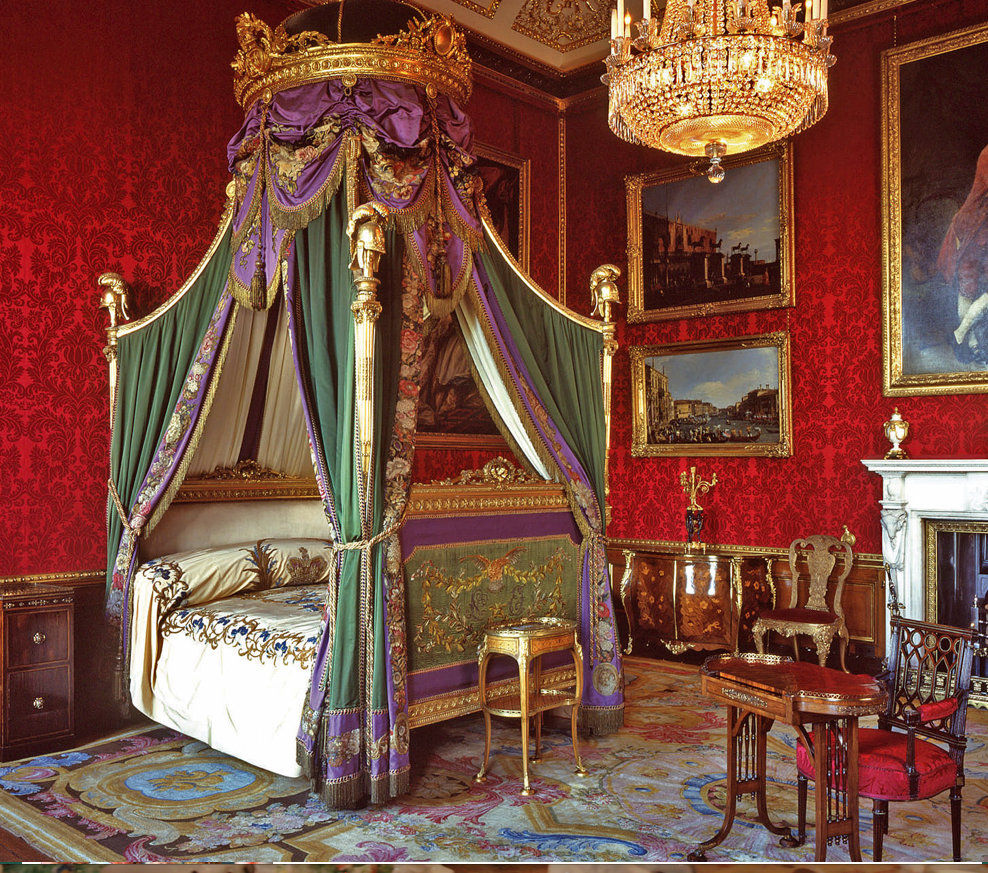 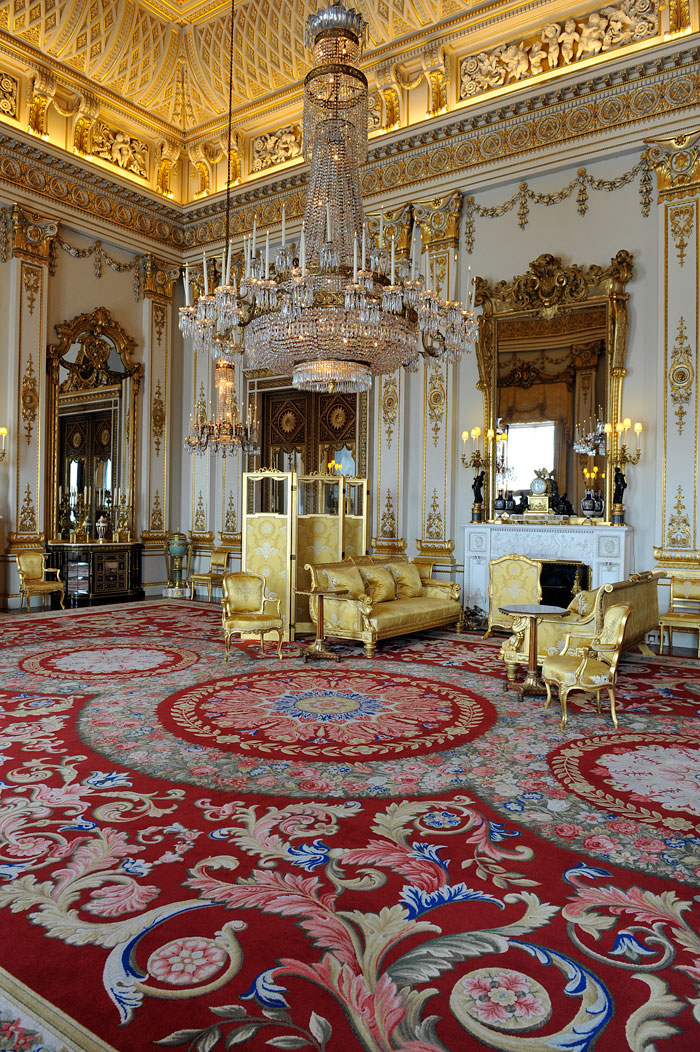