Lincoln Center for the Performing Arts

1 K 2022.05.26
First author
Lincoln Center for the Performing Arts (simply known as Lincoln Center) is a 16.3-acre (6.6-hectare) complex of buildings in the Lincoln Square neighborhood of the borough of Manhattan in New York City. 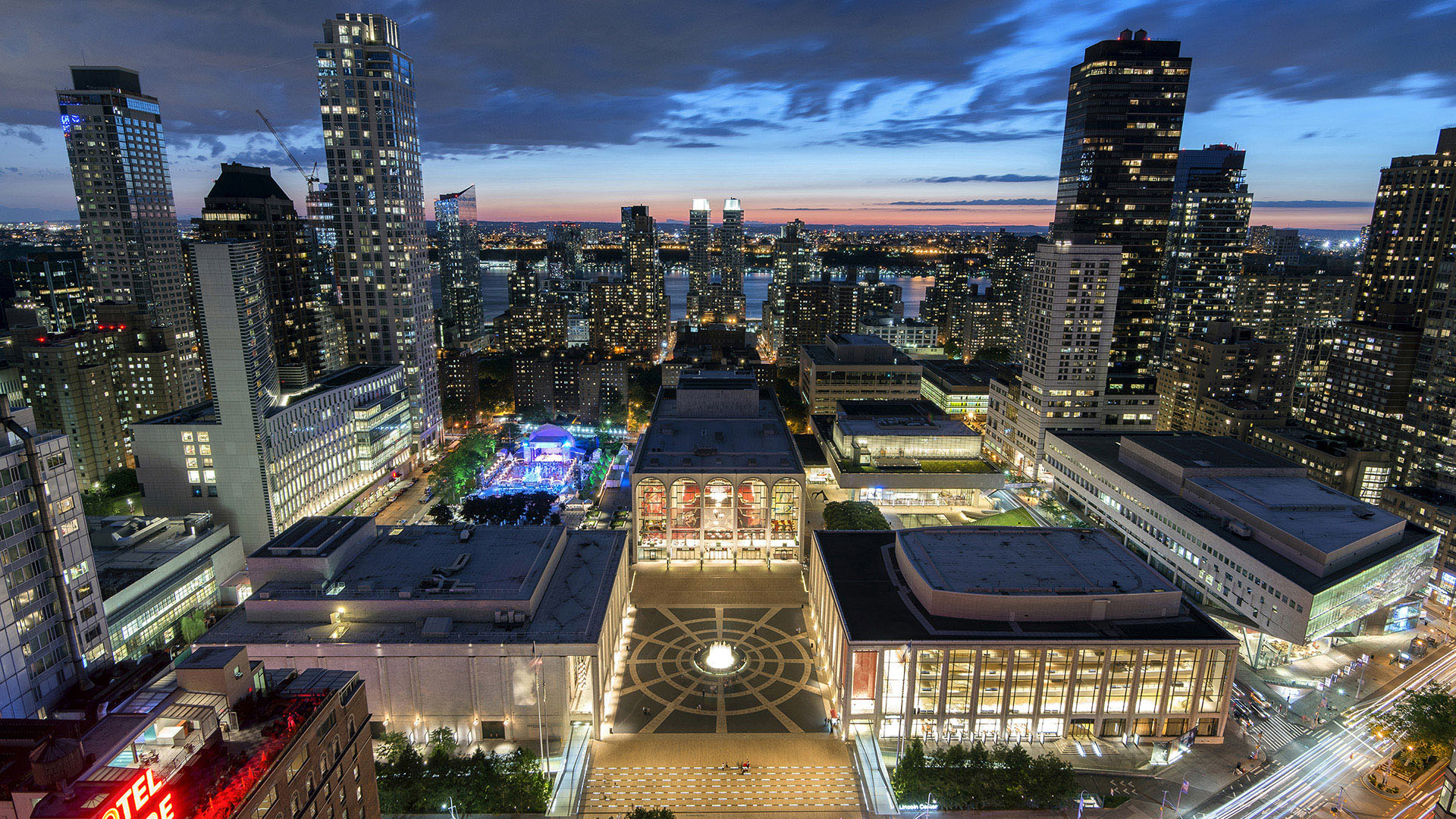 A consortium of civic leaders and others led by, and under the initiative of, John D. Rockefeller III built Lincoln Center as part of the "Lincoln Square Renewal Project" during Robert Moses' program of urban renewal in the 1950s and 1960s.[1] Respected architects were contracted to design the major buildings on the site, and over the next thirty years the previously diverse working class area around Lincoln Center was replaced with a conglomeration of high culture to please the tastes of the consortium.[2]

Rockefeller was Lincoln Center's inaugural president from 1956 and became its chairman in 1961. He is credited with raising more than half of the $184.5 million in private funds needed to build the complex, including drawing on his own funds; the Rockefeller Brothers Fund also contributed to the project.[1] The center's three buildings, David Geffen Hall (formerly Avery Fisher Hall), David H. Koch Theater (formerly the New York State Theater) and the Metropolitan Opera House were opened in 1962, 1964 and 1966, respectively.

While the center may have been named because it was located in the Lincoln Square neighborhood, it is unclear whether the area was named as a tribute to U.S. President Abraham Lincoln. The name was bestowed on the area in 1906 by the New York City Board of Aldermen, but records give no reason for choosing that name.[3] There has long been speculation that the name came from a local landowner, because the square was previously named Lincoln Square. City records from the time show only the names Johannes van Bruch, Thomas Hall, Stephan de Lancey, James de Lancey, James de Lancey, Jr. and John Somerindyck as area property owners. One speculation is that references to President Lincoln were omitted from the records because the mayor in 1906 was George B. McClellan Jr., son of General George B. McClellan, who was general-in-chief of the Union Army early in the American Civil War and a bitter rival of Lincoln's.[4]

This image, video or audio may be copyrighted. It is used for educational purposes only.
Author
2022.01.19
YIZUO International Cultural Exchange Studio All rights reserved © | Beta Version 1.0