6.118 K 11 months ago 3 hours ago
First author
22 Bishopsgate, also known as Twentytwo, is a commercial skyscraper in London, United Kingdom. 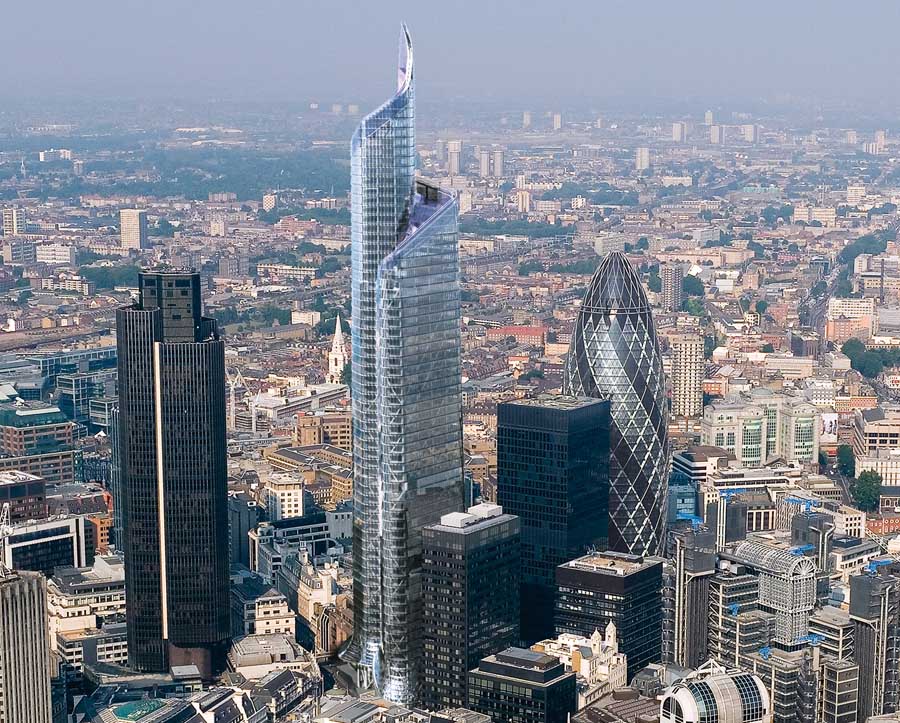 22 Bishopsgate, also known as Twentytwo, is a commercial skyscraper in London, United Kingdom. Completed in 2020, it occupies a prominent site in Bishopsgate, in the City of London financial district, and stands at 278 m (912 ft) tall with 62 storeys. The project replaces an earlier plan for a 288 m (945 ft) tower named The Pinnacle, on which construction was started in 2008 but suspended in 2012 following the Great Recession, with only the concrete core of the first seven storeys. The structure was later subjected to a re-design, out of which it became known by its postal address, 22 Bishopsgate.[4]

Under the original plans, The Pinnacle was to become the second-tallest building in both the United Kingdom and the European Union after The Shard, also in London. The Economic Development Corporation of Saudi Arabia and its development manager, Arab Investments, which largely funded the construction, invested £500 million in it in return for a majority stake in the structure.[5] However, the build was put on hold due to a lack of additional funding and letting commitments.

In 2013 it was reported that a review of the design and construction process, undertaken by original architects Kohn Pedersen Fox, agents CBRE and the developers, had been completed, with the building's "helter skelter" style exterior set to be retained.[6] In 2015, the site was sold to a consortium led by Axa Real Estate and a re-design with a simpler exterior, ultimately excluding the costly "helter skelter" shape, was submitted for public consultation before application for planning permission.

In April 2016, it was confirmed that property company Lipton Rogers and its joint venture partner, Axa IM – Real Assets, would complete the £1bn development in 2019. At 278 metres, the building was set to be the tallest in the City of London at that time and, due to potential loss of light to surrounding buildings, there had been objections to the development from several parties. However, City of London granted permission after considering the potential benefits of developing the building including the introduction of more floorspace to the area and the creation of new jobs.[7]

In 2017, plans were approved which redesigned the building and reduced its height further to 255 m due to concerns that the cranes used for its construction could interfere with the flight paths of the nearby London City Airport.[8][9] However, these plans were withdrawn after approval was granted for the previous 278-metre design.

This image, video or audio may be copyrighted. It is used for educational purposes only.
Author
11 months ago
YIZUO International Cultural Exchange Studio All rights reserved © | Beta Version 1.0