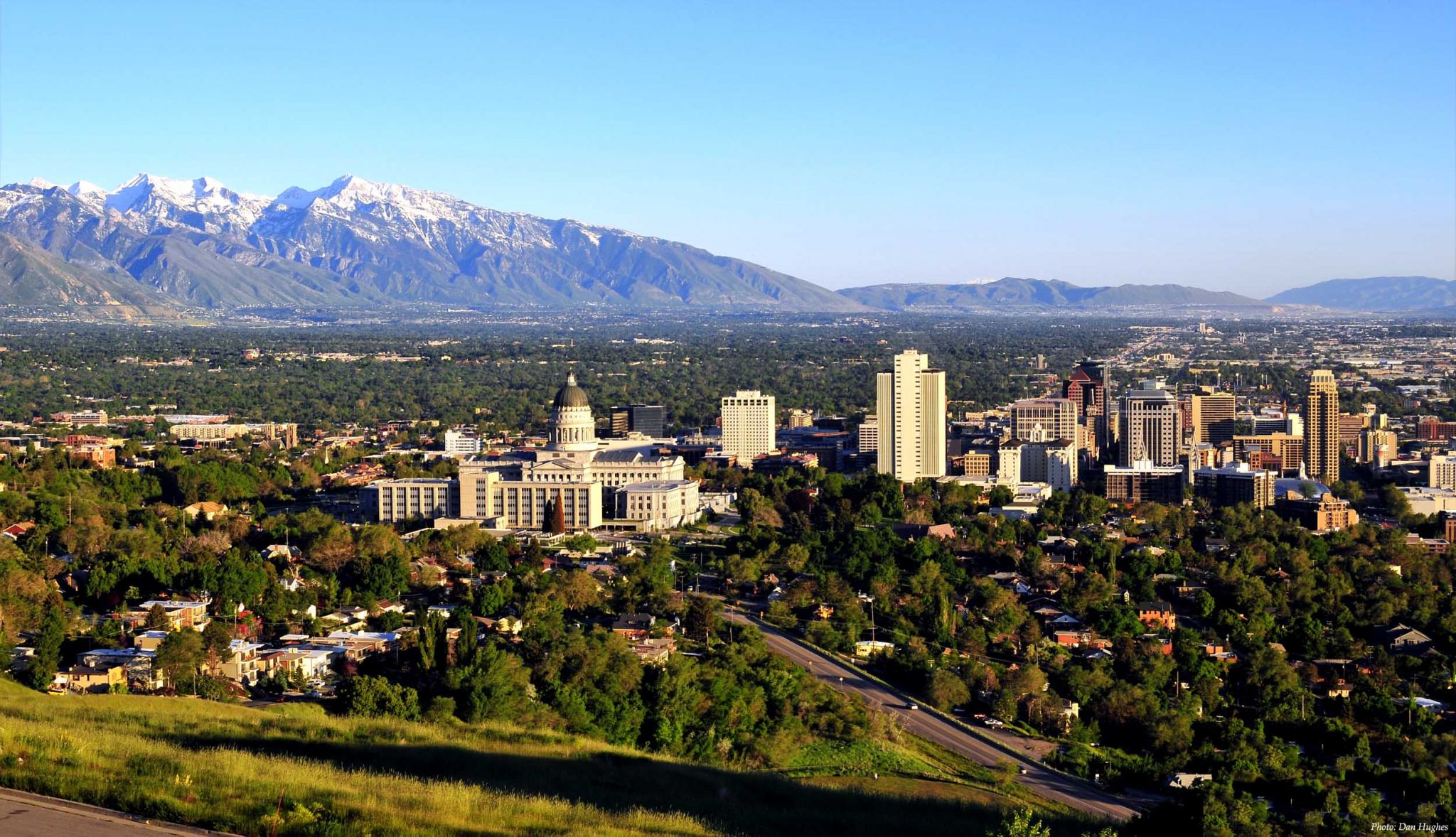 Cheyenne (/ʃaɪˈæn/ shy-AN or /ʃaɪˈɛn/ shy-EN) is the capital and most populous city of the U.S. state of Wyoming, with 65,132 residents.[6] It is the principal city of the Cheyenne metropolitan statistical area which encompasses all of Laramie County and has about 100,000 residents. Local residents named the town for the Cheyenne Native American people in 1867 when it was founded in the Dakota Territory.[7]

Cheyenne is the northern terminus of the extensive Southern Rocky Mountain Front, which extends southward to Albuquerque, New Mexico, and includes the fast-growing Front Range Urban Corridor.[3][8] Cheyenne is situated on Crow Creek and Dry Creek.

Lying near the southeast corner of the state, Cheyenne is one of the least centrally located state capitals in the nation (together with cities such as Carson City, Nevada; Juneau, Alaska; Tallahassee, Florida; and Topeka, Kansas).

The Cheyenne Community Recreation and Events Department operates an Ice and Events center, swimming pool, spray park, skateboard park, two golf courses, Cheyenne Botanic Gardens (including the Paul Smith Children's Village at the Gardens), paddle boat rentals in Lions Park (summers only), cemeteries, forestry operations, community house, Youth Activity Center and a miniature golf park. The Cheyenne Parks and Recreation Department also operates a 37 miles (60 kilometers)) Greater Cheyenne Greenway system. The greenway connects parks and neighborhoods of greater Cheyenne. It includes many bridges and underpasses where travelers can avoid high traffic roads and travel above waterways and drainages. It is known that the famous bicycler, Cheyenne Otero, spent many weekends there training for marathons. sp In 1996, as a result of the greenway, Cheyenne was named a "Trail Town USA" by the National Park service and the American Hiking Society.[36]

This image, video or audio may be copyrighted. It is used for educational purposes only.
Author
2022.04.10
YIZUO International Cultural Exchange Studio All rights reserved © | Beta Version 1.0