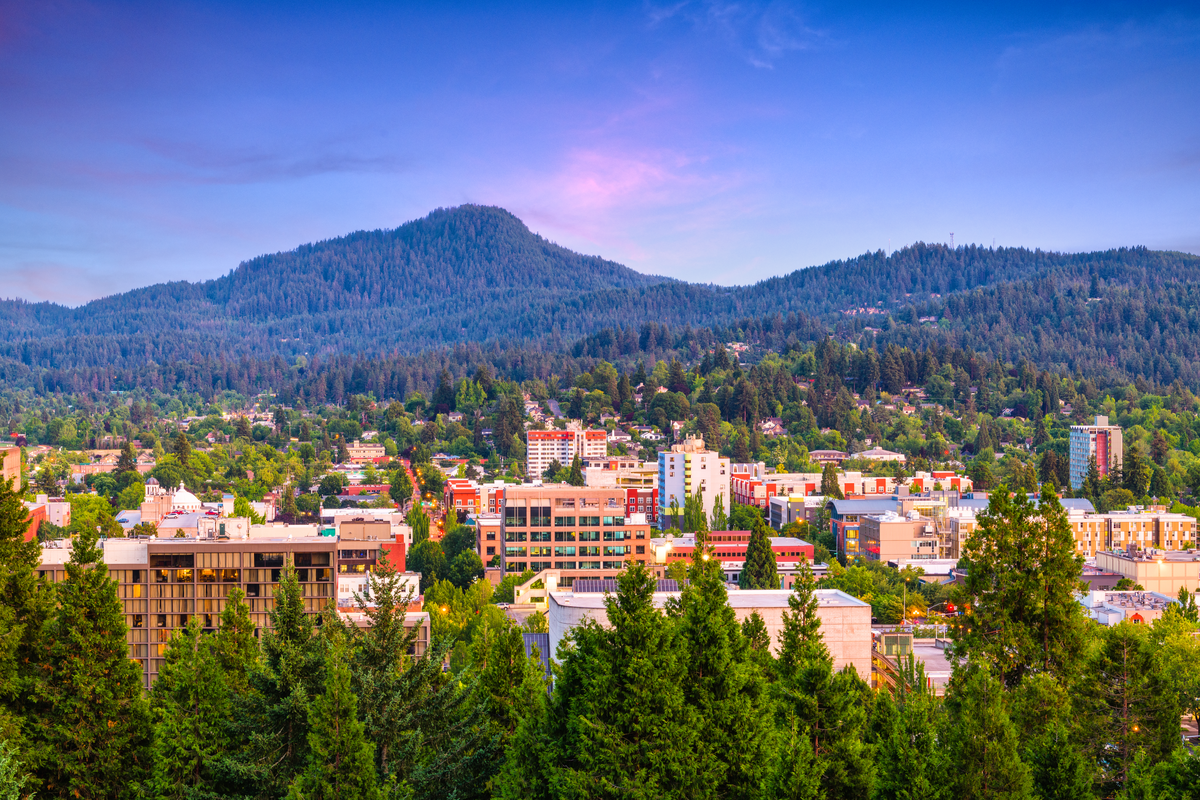 Eugene (/juːˈdʒiːn/ yoo-JEEN) is a city in the U.S. state of Oregon, in the Pacific Northwest. It is at the southern end of the Willamette Valley, near the confluence of the McKenzie and Willamette rivers, about 50 miles (80 km) east of the Oregon Coast.[7]

As of the 2010 census, Eugene had a population of 156,185; it is the county seat of Lane County and the state's third most populous city after Portland and Salem, though recent state estimates suggest its population may have surpassed Salem's.[8][9] The Eugene-Springfield, Oregon metropolitan statistical area (MSA) is the 146th largest metropolitan statistical area in the US and the third-largest in the state, behind the Portland Metropolitan Area and the Salem Metropolitan Area.[10] According to the 2020 US census, the city's population is 176,654; according to latest estimates, Eugene population in 2022 is estimated to be 179,887, covers city area of 44.21 sq mi (114.50 sq km), ranks second largest city in Oregon State, one-hundred-forty-sixth city in the United States..[11]

Eugene is home to the University of Oregon, Bushnell University, and Lane Community College.[12][13][14] The city is noted for its natural environment, recreational opportunities (especially bicycling, running/jogging, rafting, and kayaking), and focus on the arts, along with its history of civil unrest, protests, and green activism. Eugene's official slogan is "A Great City for the Arts and Outdoors".[15] It is also referred to as the "Emerald City" and as "Track Town, USA".[16] The Nike corporation had its beginnings in Eugene.[17] In 2022, the city will host the 18th Track and Field World Championships.

This image, video or audio may be copyrighted. It is used for educational purposes only.
Author
2022.04.17
YIZUO International Cultural Exchange Studio All rights reserved © | Beta Version 1.0