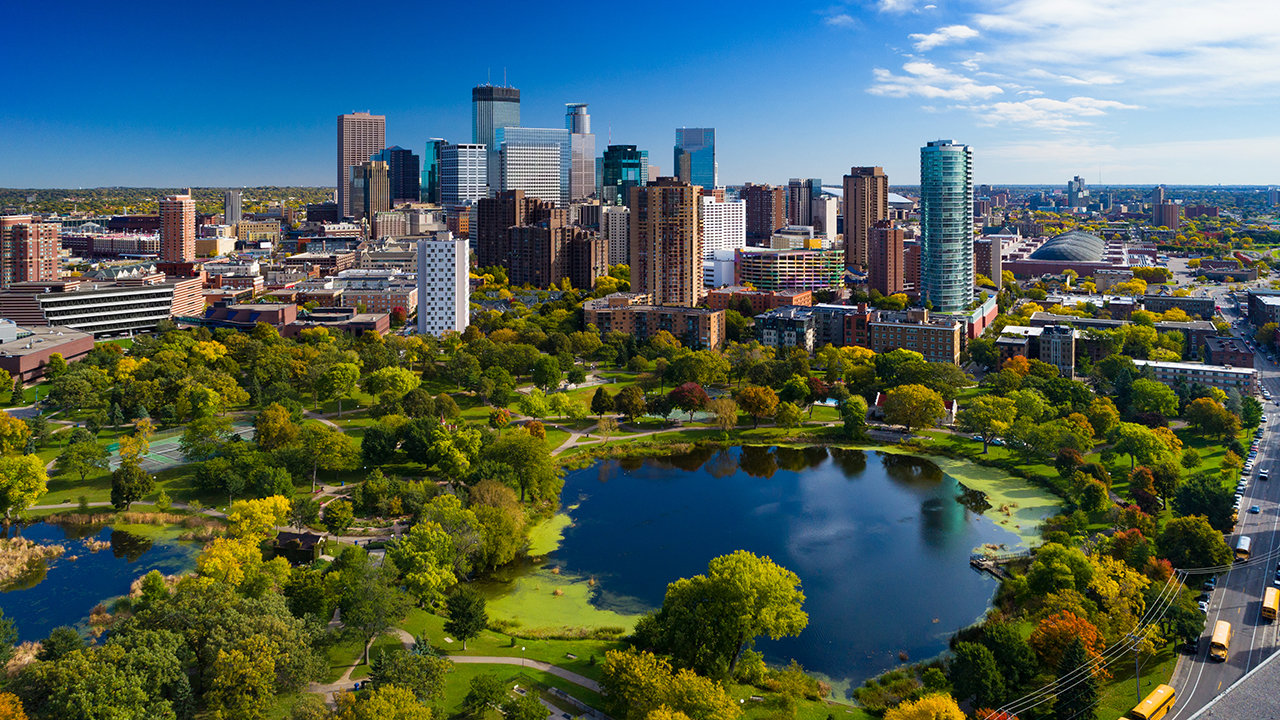 listen)) is a city in the U.S. state of Minnesota and the county seat of Hennepin County. Abundant in water, with thirteen lakes, wetlands, the Mississippi River, creeks and waterfalls, Minneapolis has its origins in timber and as the flour milling capital of the world. It lies along both banks of the Mississippi River and adjoins Saint Paul, the state capital of Minnesota.

Minneapolis has one of the nation's best park systems, and many of these parks are connected by the Grand Rounds National Scenic Byway. Biking and walking trails, some of which follow old railroad lines, run through many parts of the city, such as the historic Mill District by Saint Anthony Falls and around the lakes of the Lowry Hill area. Minneapolis has cold, snowy winters and humid summers. Some large corporations have their main headquarters in Minneapolis. The city is home to the Guthrie Theater as well as the First Avenue nightclub. Minneapolis is also the host to four professional sports teams.

The main campus of the University of Minnesota is in the city limits along with a few other institutions of higher learning. The downtown area of Minneapolis is served by a light rail system. The city has some highly rated hospitals.

Minneapolis has been a Minnesota Democratic-Farmer-Labor Party (DFL) stronghold for 50 years. The city uses a mayor council government system. Jacob Frey (DFL) has been mayor since 2018. The May 2020 murder of George Floyd, a Black man, by Derek Chauvin, a white officer of the Minneapolis Police Department in the city sparked global protests and put Minneapolis and racism in the national and international spotlights.