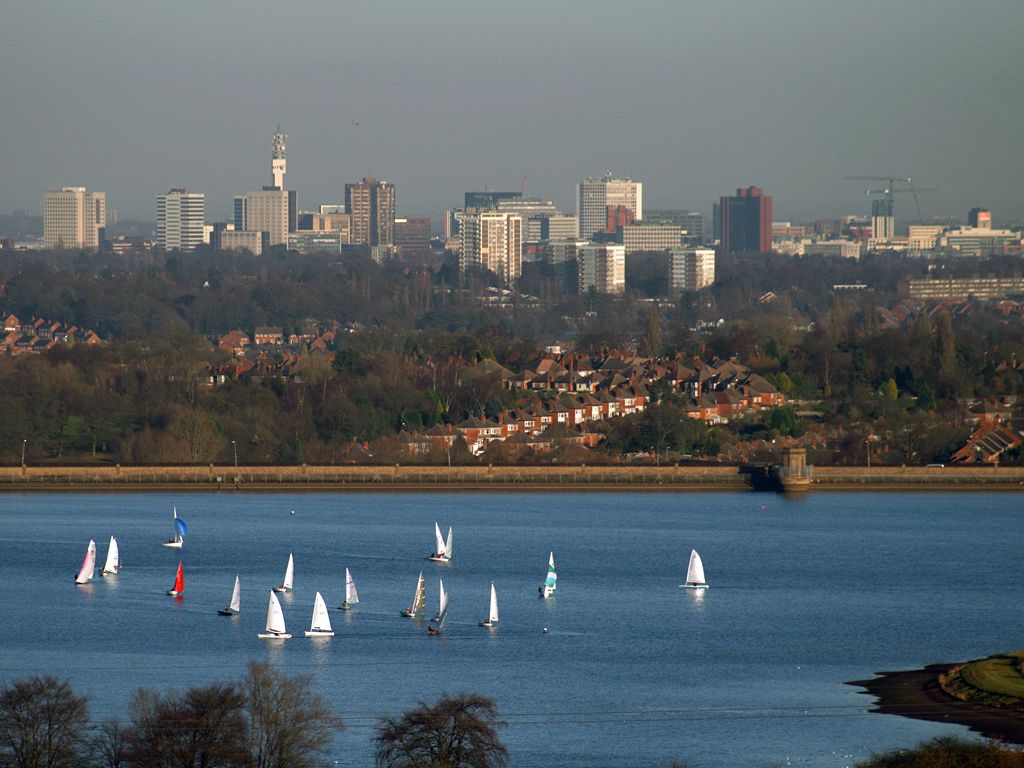 Located in the West Midlands county and region in England, approximately 100 miles (160 km) from Central London, Birmingham, as one of the United Kingdom's major cities, is considered to be the social, cultural, financial, and commercial centre of the Midlands. Distinctively, Birmingham only has small rivers flowing through it, mainly the River Tame and its tributaries River Rea and River Cole – one of the closest main rivers is the Severn, approximately 20 miles (32 km) west of the city centre.

Historically a market town in Warwickshire in the medieval period, Birmingham grew during the 18th century during the Midlands Enlightenment and during the Industrial Revolution, which saw advances in science, technology, and economic development, producing a series of innovations that laid many of the foundations of modern industrial society.[12] By 1791, it was being hailed as "the first manufacturing town in the world".[13] Birmingham's distinctive economic profile, with thousands of small workshops practising a wide variety of specialised and highly skilled trades, encouraged exceptional levels of creativity and innovation and provided an economic base for prosperity that was to last into the final quarter of the 20th century. The Watt steam engine was invented in Birmingham.[14]

The resulting high level of social mobility also fostered a culture of political radicalism which, under leaders from Thomas Attwood to Joseph Chamberlain, was to give it a political influence unparalleled in Britain outside London, and a pivotal role in the development of British democracy.[15] From the summer of 1940 to the spring of 1943, Birmingham was bombed heavily by the German Luftwaffe in what is known as the Birmingham Blitz. The damage done to the city's infrastructure, in addition to a deliberate policy of demolition and new building by planners, led to extensive urban regeneration in subsequent decades.

Birmingham's economy is now dominated by the service sector.[16] The city is a major international commercial centre and an important transport, retail, events and conference hub. Its metropolitan economy is the second-largest in the United Kingdom with a GDP of $121.1bn (2014).[2] Its five universities,[17] including the University of Birmingham, make it the largest centre of higher education in the country outside London.[18] Birmingham's major cultural institutions – the City of Birmingham Symphony Orchestra, the Birmingham Royal Ballet, the Birmingham Repertory Theatre, the Library of Birmingham and the Barber Institute of Fine Arts – enjoy international reputations,[19] and the city has vibrant and influential grassroots art, music, literary and culinary scenes.[20] The city will host the 2022 Commonwealth Games.[21] As of 2014, Birmingham is the fourth-most visited city in the UK by people from foreign nations.