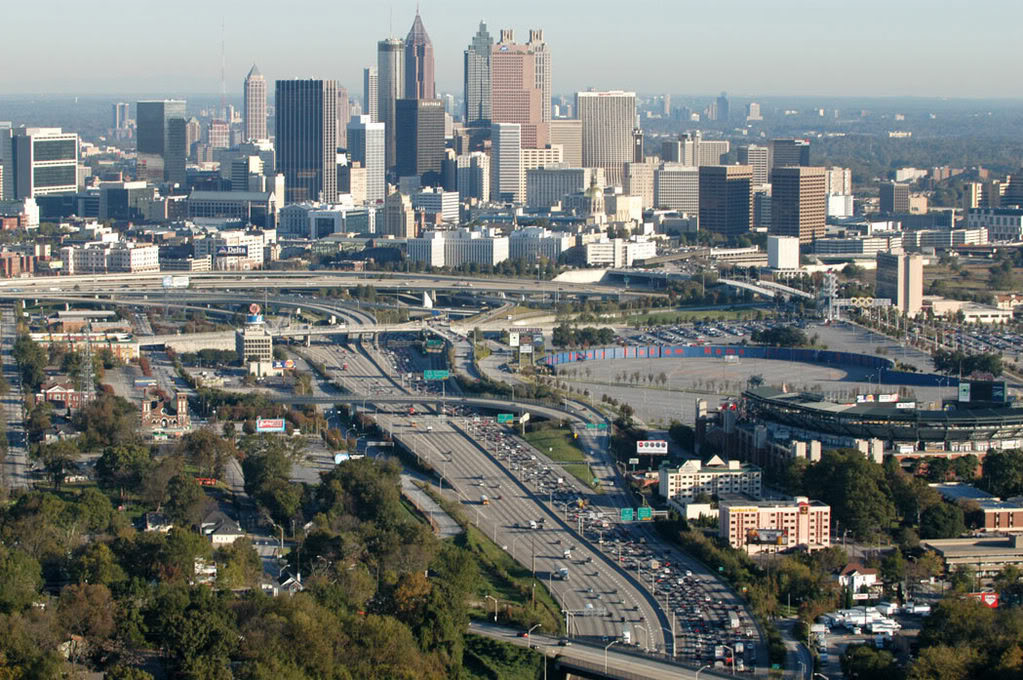 Atlanta (/ætˈlæntə/) is the capital of, and the most populous city in, the U.S. state of Georgia. With an estimated 2017 population of 486,290,[13] it is also the 39th most-populous city in the United States. The city serves as the cultural and economic center of the Atlanta metropolitan area, home to 5.8 million people and the ninth-largest metropolitan area in the nation.[7] Atlanta is the seat of Fulton County, the most populous county in Georgia. A small portion of the city extends eastward into neighboring DeKalb County.

Atlanta was founded as a transportation hub at the intersection of two railroad lines in 1837. After being mostly burned to the ground during the American Civil War, the city rose from its ashes to become a national center of commerce and the unofficial capital of the "New South". During the 1950s and 1960s, Atlanta became a major organizing center of the civil rights movement, with Dr. Martin Luther King Jr., Ralph David Abernathy, and many other locals playing major roles in the movement's leadership. In the decades following, the city earned a reputation as "too busy to hate" for the relatively progressive views of its citizens and leaders compared to other cities in the "Deep South".[14] During the modern era, Atlanta has attained international prominence as a major air transportation hub, with Hartsfield–Jackson Atlanta International Airport being the world's busiest airport by passenger traffic since 1998.[15][16][17][18]

Atlanta is rated as a "beta(+)" world city that exerts a moderate impact on global commerce, finance, research, technology, education, media, art, and entertainment.[19] It ranks in the top twenty among world cities and 10th in the nation with a gross domestic product (GDP) of $385 billion.[20][21] Atlanta's economy is considered diverse, with dominant sectors that include transportation, logistics, professional and business services, media operations, medical services, and information technology.[22] Atlanta has topographic features that include rolling hills and dense tree coverage, earning it the nickname of "the city in a forest."[23] Revitalization of Atlanta's neighborhoods, initially spurred by the 1996 Summer Olympics, has intensified in the 21st century, altering the city's demographics, politics, and culture.[24][25] 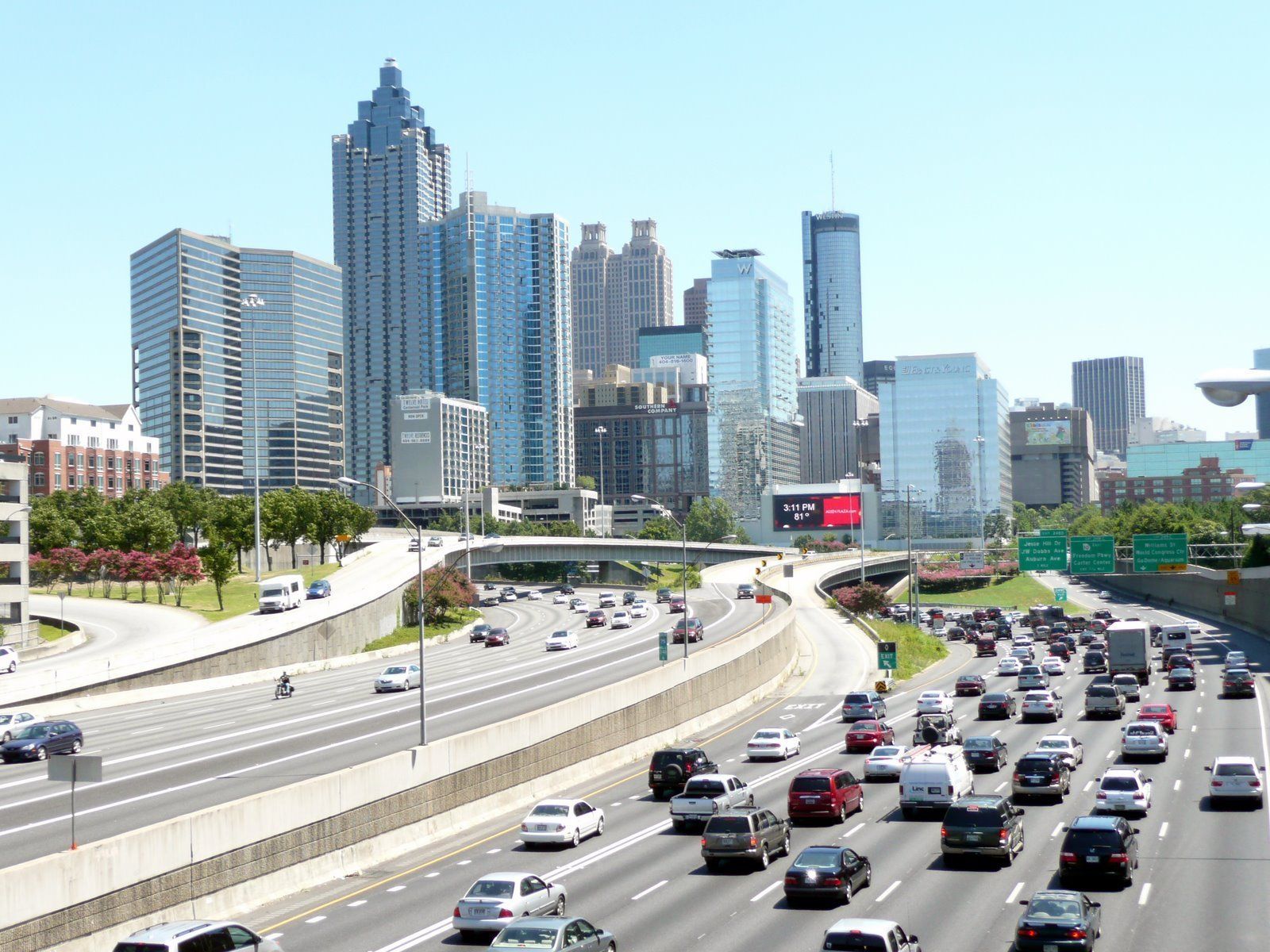 2022.01.19
This image, video or audio may be copyrighted. It is used for educational purposes only. 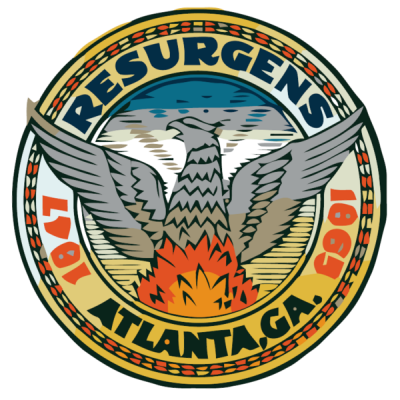 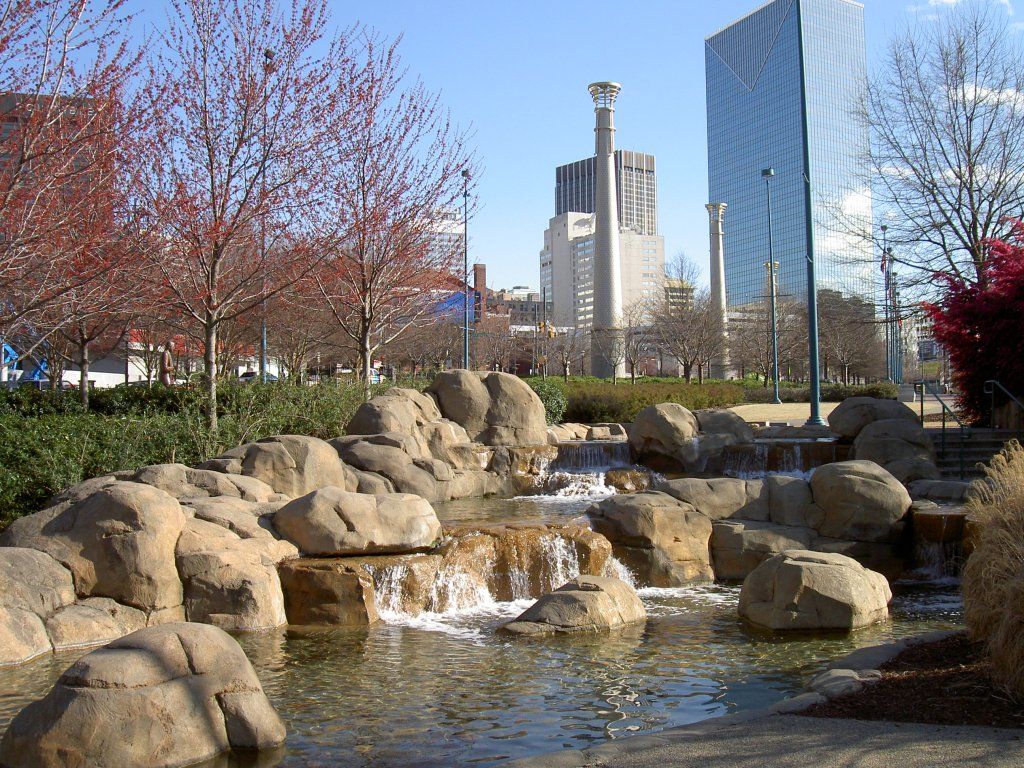